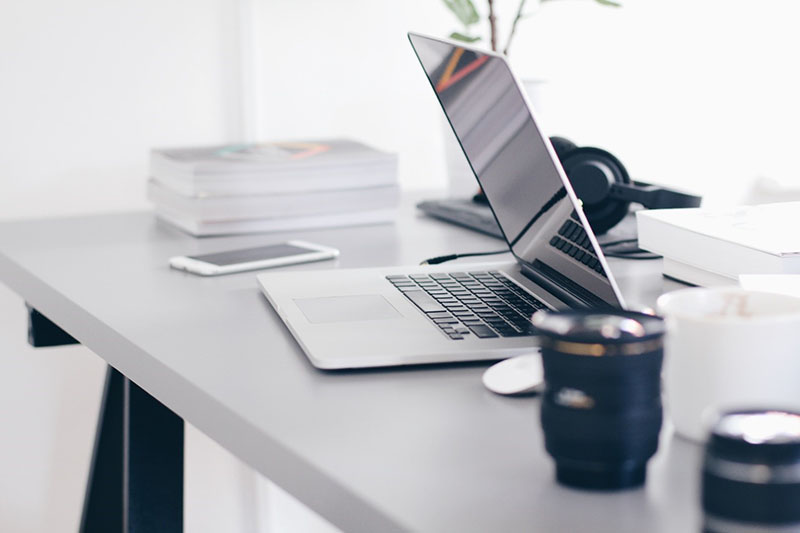 In a time of remote work, cybersecurity has become more critical than ever. Indeed, at least 24% of organizations had to pay “unexpected costs” as a result of a malware or security breach since the start of the pandemic, and remote workers caused most of these. In fact, 5% of those surveyed added that the breaches happened because their staff was “oblivious” to good security practices.

If you don’t want to be the backdoor to your business’s data, here are some of the fundamental cybersecurity practices to follow when working from home.

Changing the name of your network does more than distinguish your home network from others in the vicinity; it also hides the type of router you use. Often, your default network name contains your internet service provider’s (ISP) name and the model of the modem you use—two critical pieces of information that will give hackers insight into how they should approach your network’s security. To change your connection’s name, enter your router’s IP address into your preferred browser, log in as the administrator, and look for an option titled “Wi-Fi Name or “SSID.” More importantly, you should also change your default password. The field to do so should be located below the Wi-Fi Name.

Breaches come from the most unexpected sources, such as a vulnerability in your network’s hardware and PCB. If you’re not familiar with what a PCB is, it’s a circuit board where all the main electronic components are housed, like your router’s microprocessor. They’re very thin and flexible, allowing manufacturers to create smaller devices over the years. However, they have vulnerabilities that can be exploited. For example, a remote attack on a PCB’s flash memory will enable malicious entities to alter the router’s hardware configurations, allowing them to sneak a virus into your network. To prevent this from happening, activate your router’s network encryption. You can do this by opening your security settings on your router’s configuration page.

Imagine giving everyone access to not just your home address, but your internet history, and access to every device on your network. That’s what happens when you browse the web without a VPN. VPNs or virtual personal networks scramble data when it’s sent over Wi-Fi, making it unreadable. As such, it will be difficult to trace the activity to your computer when using a VPN. Even your ISP won’t be able to pinpoint your location. However, there’s one downside to using a VPN: it makes your internet slower. After all, encryption and decryption don’t happen in an instant. Fortunately, there are several known ways for you to increase your VPN speed, such as changing ports and using accelerators. You could also use VPNs like OpenVPN and Wireguard®, which pride themselves on faster encryption.

Place your router near the middle of your home

You may not have considered this, but where your router is placed heavily affects its security. The further into the middle of the house it’s placed, the weaker its signal range will be from the outside, making it difficult for hackers to intercept the connection. Plus, there’s the added perk of getting equal internet access across your home. If this is not possible, at least make sure that your router is far away from windows. Walls block signals better than glass.

Look out for phishing emails

Phishing emails are well-crafted messages that aim to trick users into entering personal details, sending sensitive information, or clicking malicious links that will install malware into their devices. The senders are usually “trusted” sources—or masked as trusted sources—like your coworker, Google, and other reputable entities. Researchers at Symantec inform that around 135 million phishing attacks are attempted every day, and the attacks have become more aggressive now that more people are working from home. The only way to protect yourself from a phishing attack is to spot the scam and ignore it. Check the sender’s domain to see if it’s legitimate, like if it’s your company address. You can also hover over a link to see the address without clicking on it.

Cyber attacks get more sophisticated every day. Regardless of whether it’s your computer’s BIOS, your router’s hardware, or your antivirus program, keeping all your systems up-to-date ensures that they’re fully equipped to take on most attacks. If you’re running on Windows or Mac, for example, then your computer should notify you if there’s a system update. However, devices such as your router and third-party software need manual updates, so it’s good practice to regularly check their respective configurations for any available patches.

One of the most basic things you need to do is invest in some form of anti-malware software. Most Windows systems will come with one built-in in the form of the Microsoft Defender, but it's often better to have more than one system in place. When installing anti-malware software, it's important to note that they may impact how some of your software and tools function, particularly as they dictate what programs can send information through your network. It's a great way to ensure that you're not unknowingly sending information to unintended recipients, but you need to set the necessary exceptions and permissions so all the tools you need to do your job are able to function properly.

Malicious entities like to target remote workers for their less secure networks and mountains of classified data. Therefore, take precautions in every action that you do. As long as you’re aware of the threats and are taking steps to neutralize them, breaches will never happen.

Use the Rubik's Cube solver here and it will fix your scrambled puzzle for you! Just set the scrambled colors and let the program find the solution for you.