Internet speed is one of the most sought after elements of the VPN community. There are many ways to increase your VPN speed: different VPN methods, VPN protocols, alternative cipher methods, and alternate ports to name a few. All of these factors can increase VPN speed, some more than others.

A key ingredient to great VPN speed is the processor of the device in which the VPN client is being used. When you use a VPN application on your desktop or laptop computer, you generally get great results, but only that one computer will have access to the VPN. Most computers are multi-core devices that allow faster encryption and process VPN instructions faster than a single-core device. VPN routers do not have the same type of processor and tend to have speed loss over VPN. Most routers have at most a dual-core 1 GHz processor, so they do not have the horsepower to keep up with the computer. Therein lies the problem. So let’s look at options for your network.

Sabai OS has created the VPN Accelerator ™ that will decrease the loss of speed in a VPN router drastically. OpenVPN, and Wireguard® are both VPN methods that will work on the VPN Accelerator and you can use this for all devices in your network at the same time by coupling it with your Sabai OS router or by using the Model Z with any router!

There are multiple VPN connection types as well as some settings within the VPN configuration that can be changed to help with speed issues. To skip to our speed test results click  here.

OpenVPN was developed by the Linux Open Source community and is extremely powerful, flexible, and secure. It's an excellent solution in countries like Dubai, China or others where other connection types might be blocked or monitored. Also, OpenVPN is more stable if your internet connection is not very solid, like if you're on an island with poor internet service or using satellite internet. With OpenVPN, you can modify the configuration to increase the VPN speed. OpenVPN is increasingly used for geo-blocked content sites like Netflix, Amazon, and Hulu to name a few. This method has encryption methods that are much stronger than other connection types, the downside to that is that the VPN speed can be decreased due to that same encryption. Another factor in VPN for OpenVPN is the device that the OpenVPN application is being used on. OpenVPN uses an instruction set that is processed more efficiently on a multi-core desktop processor with special cryptographic instructions rather than a single core router whose CPU lacks those instructions.

WireGuard is a newer VPN that uses different encryption than OpenVPN. From the testing I have done, it is much faster. WireGuard can be used to get around geo-blocking content sites like Netflix, Amazon, and Hulu. WireGuard development is still new so not all VPN providers have implemented it in their service offering. You can read more about WireGuard in our blog post: What is WireGuard?

TCP (Transmission Control Protocol) TCP is a connection-oriented protocol that runs slower than UDP as it establishes a connection before transmitting data.

UDP (User Datagram Protocol) UDP is a faster connection that sends data directly to the destination without confirmation the device is ready to receive it.

AES (Advanced Encryption Standard) A set of encryption schemes that are considered very strong. Most OpenVPN services use this standard and are recommended by Sabai Technology. You can lower or take off this encryption in some cases and this will give you better speeds but will make you less secure in the VPN process.

Blowfish, block-cipher is another method but is less commonly used. This is a 64-bit block cipher designed to operate quickly but unfortunately is not supported in all formats.

In many instances changing ports if allowed by the VPN provider can increase speed. Some port configurations work better in countries with restrictions. TCP and UDP each have their own ports that can be used. You should contact your VPN provider to see if this is an option that you are able to modify.

So now that the boring stuff is out of the way, let's get some results. In this test environment, my local internet speed is 100 Mbps. I am running the speed tests on my local network using an Asus RT N66U powered by Sabai OS paired with the latest VPN Accelerator. All tests are done over ethernet. I want to compare all environments to see which device or application will provide the best VPN speed. In this test, I will be using StrongVPN services.

I will test multiple locations. Two US Servers, (New York and Los Angeles) and a UK server (London), from different applications, displaying the results.

We will test each location using a PC, a router with Sabai OS and the VPN Accelerator. 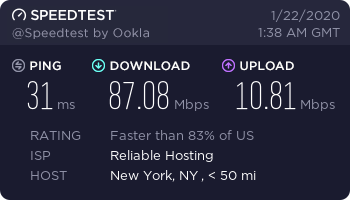 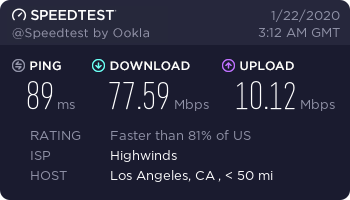 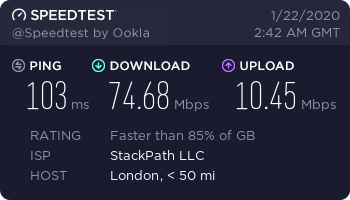 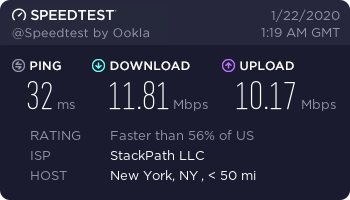 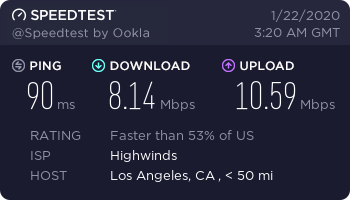 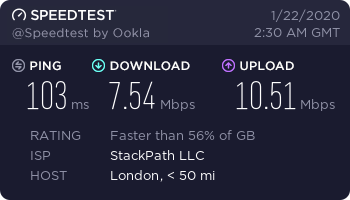 The VPN Accelerator on OpenVPN to New York, Los Angeles, and London. 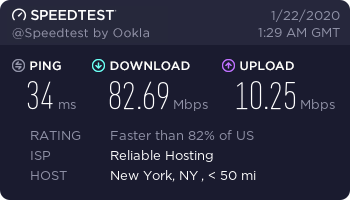 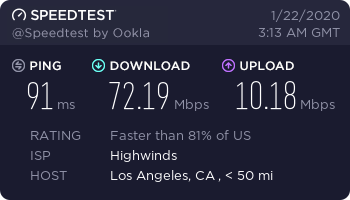 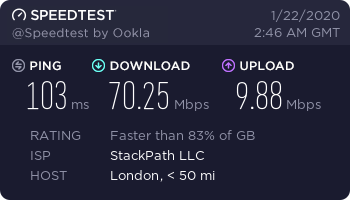 The VPN Accelerator with the new WireGuard to New York, Los Angeles, and London. 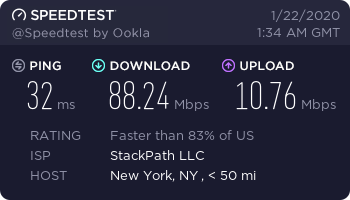 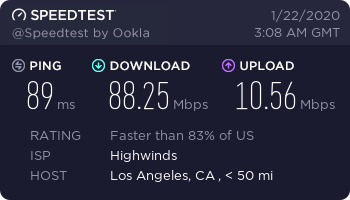 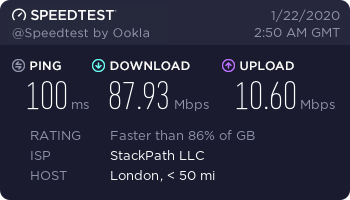 In this test case, the VPN Accelerator with WireGuard is the clear winner.

Now to offer an alternative testing environment, two of our customers shared their experience with the VPN Accelerator. Again, using StrongVPN, we tested both OpenVPN and WireGuard. The first customer is in Ohio and their local speed is between 700 and 800 Mbps.

Netgear R8000 powered by Sabai OS on OpenVPN to Chicago

The VPN Accelerator on OpenVPN to Chicago.

The VPN Accelerator on WireGuard to Chicago.

The second customer is in Los Angeles with local speeds of 500MBps. 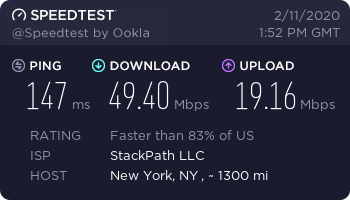 The VPN Accelerator on OpenVPN to Los Angeles. 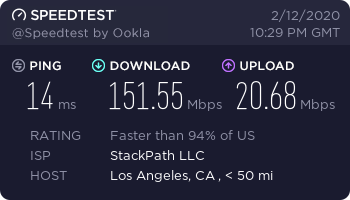 The VPN Accelerator on WireGuard to Los Angeles. 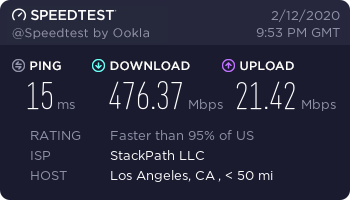 So as you can see, in all of these cases, a WireGuard connection on the VPN Accelerator will give you the best VPN speed results possible.

In closing, if you want the fastest VPN speeds, the best VPN product on the market is the VPN Accelerator, especially when coupled with WireGuard!

Here is a link to our VPN Accelerator.

WireGuard is a registered trademark of Jason A. Donenfeld.